0
We'll be back soon with your favorite team gear – click here to find out more! 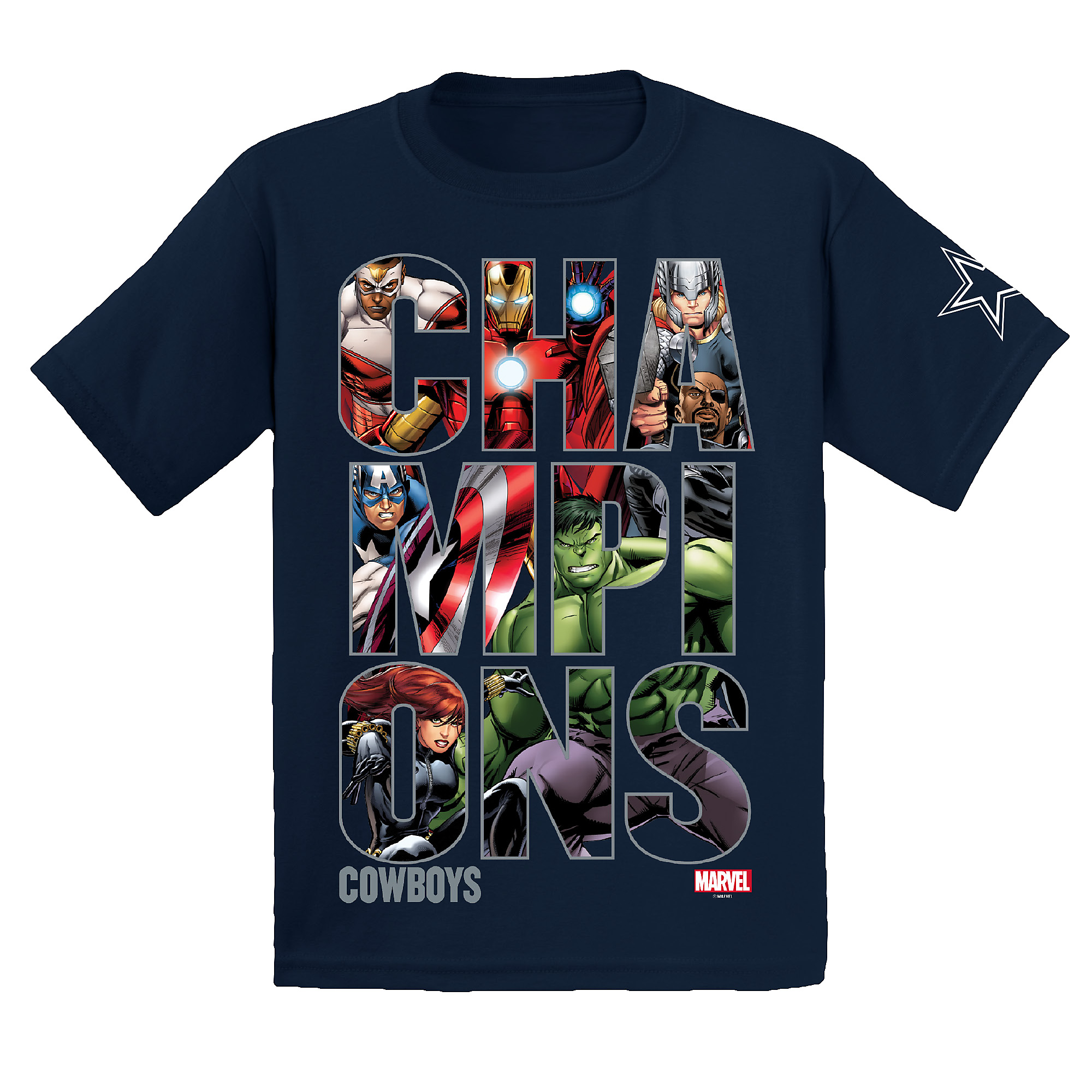 Marvel Entertainment, LLC, a global character-based entertainment licensing company, and the Dallas Cowboys on July 5, 2011 announced a collaboration that joined renowned Super Heroes from the Marvel Universe with one of the premier franchises in National Football League (NFL) history.

The Official Shop of the Dallas Cowboys is proud to present Marvel apparel for Cowboys fans everywhere.

We will gladly accept merchandise returns within 30 days of the ship date. All returned merchandise must be in its original condition or it will not be accepted. Shipping and handling charges are non-refundable.